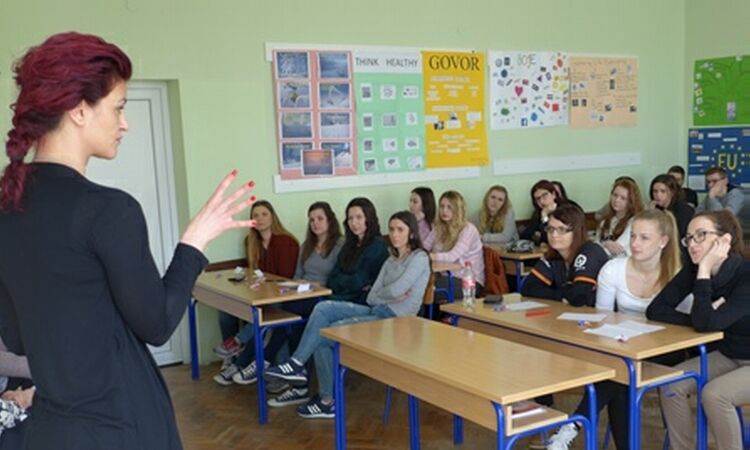 Yes We Can : Encouraging Risk-Taking and Entrepreneurship in Sisak

The U.S. Embassy Zagreb, in partnership with Croatian Woman Entrepreneur of the Year 2015, Elizabeta Planinić, presented Ms. Planinić’s business success to high school students in Sisak. She also explained how to create an environment which supports young women entrepreneurs in tough times. The event took place at the Economic School in Sisak, on March 17, 2016