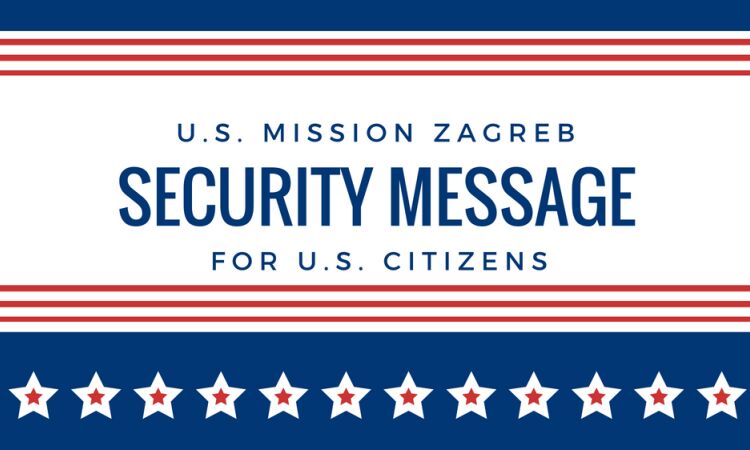 U.S. Embassy Zagreb informs U.S. citizens that local police have designated the soccer game scheduled to take place between Dinamo Zagreb and Hajduk Split at Zagreb’s Maksimir Stadium at 5:00pm, October 2, 2016, a “high security risk”game. Due to the rivalry between the two clubs and large number of visiting fans, the Zagreb Police Department will implement special security measures, including closing streets near Maksimir Stadium between the hours of 3:00-8:00 pm. There will also be a strong police presence throughout the city, including near the stadium, railroad stations, bus terminals, and on highways entering the city. Many bars and restaurants will televise the game and will likely draw large crowds.

We remind U.S. citizens to always exercise caution if in the vicinity of any large gatherings, protests, or demonstrations, or avoid them if possible.

Review your personal security plans, remain aware of your surroundings, including local events, monitor local news stations for updates, and report specific incidents of targeted violence to the U.S. Embassy in Zagreb at the number below.

For further information about security in Croatia: