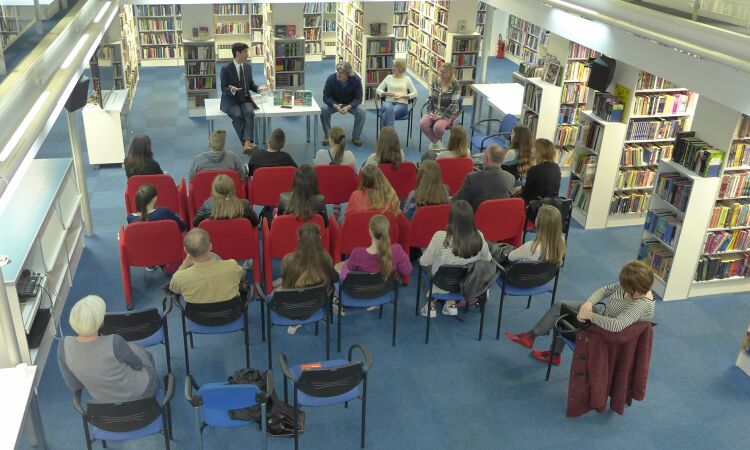 How Do Movies Portray America?

Christian Wright, Public Affairs Officer, together with Kelly Ireland, Hollywood-based field producer for the Emmy-nominated daytime TV program “The Doctors”, met with a group of 15-year old students from Brezovica at the American Corner Zagreb. They discussed various aspects of life in the U.S. including the differences between the U.S. and Croatian schools and whether TV and movies provide useful clues about life in America. Hint: the Walking Dead does not! In Zagreb on May 5, 2016.