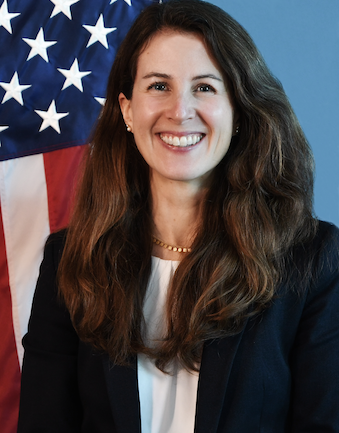 On January 13th, 2021, Caitlin Piper assumed the position of Acting Deputy Chief of Mission at the U.S. Embassy in Croatia. She has served as the Management Officer in Zagreb since August 2019.

A career Foreign Service officer, Piper joined the Department of State in 2009. Prior to Croatia, she served as the Supervisory General Services Officer at U.S. Embassy Managua, Nicaragua. From 2014-2015, Piper was an officer on the INR Watch, the nerve center of the Bureau of Intelligence and Research (INR) responsible for providing round-the-clock intelligence support for the Secretary of State and other senior Department officials. Prior to the INR Watch, Piper served at the U.S. Embassy in Bogota, Colombia, and the U.S. Embassy in Dakar, Senegal.

Piper holds a bachelor’s degree in English Literature and French from Lafayette College in Pennsylvania and a master’s degree in Public Administration from the University of New Hampshire. She speaks French and Spanish and has learned Croatian. Piper is married and has two sons.