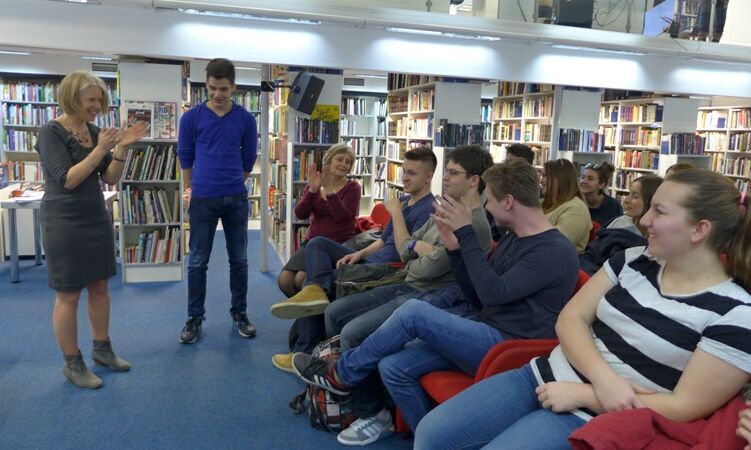 Stephanie Olson, American professor, delivered a lecture on “Women’s Work in the U.S. – World War to Cold War” at the American Corner Zagreb on March 30, 2016. Professor Olson described images and roles of women in the United States from 1920s to the 1960s.The audiences learned about difficult jobs women performed in factories during WWII, and how their role changed after the war when soldiers returned home. Students wanted to know if Stephanie considers herself a feminist, and what she thinks about women’s roles in Croatia. Several students gave a presentation on famous Croatian women.