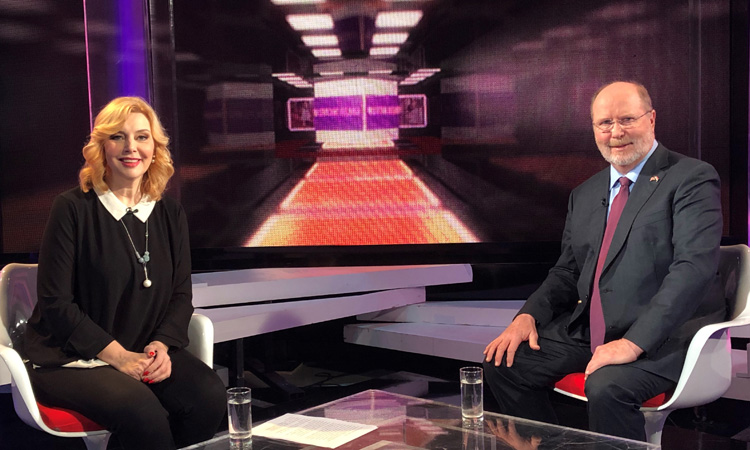 Ambassador W. Robert Kohorst spoke with Tončica Čeljuska, HRT journalist and editor, about his first year as the U.S. Ambassador to Croatia, the U.S.-Croatian relationship, as well as a number of other issues.  The interview was aired on February 12, as part of the “U svom filmu” talk show.